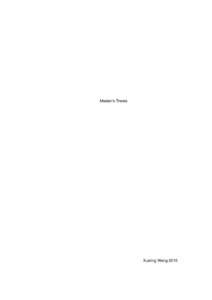 The objectives of this work were synthesizing an EDTA-β-CD adsorbent and investigating its adsorption potential and applications in preconcentration of REEs from aqueous phase. The adsorption capacity of EDTA-β-CD was investigated. The adsorption studies were performed by batch techniques both in one- and multi-component systems. The effects of pH, contact time and initial concentration were evaluated. The analytical detection methods and characterization methods were presented.
EDTA-β-CD adsorbent was synthesized successfully with high EDTA coverage. The maximum REEs uptake was 0.310 mmol g-1 for La(III), 0.337 mmol g-1 for Ce(III) and 0.353 mmol g-1 for Eu(III), respectively. The kinetics of REEs onto EDTA-β-CD fitted well to pseudo-second-order model and the adsorption rate was affected by intra-particle diffusion. The experimental data of one component studies fitted to Langmuir isotherm model indicating the homogeneous surface of the adsorbent. The extended Sips model was applicable for the isotherm studies in three-component system. The electrostatic interaction, chelation and complexation were all involved in the adsorption mechanism. The preconcentration of RE ions and regeneration of EDTA-β-CD were successful. Overall, EDTA-β-CD is an effective adsorbent in adsorption and preconcentration of REEs.