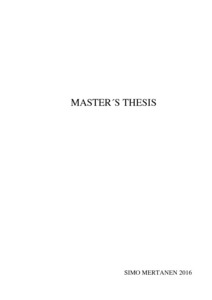 Washing of brown stock pulp is done to recover cooking chemicals, remove impurities such as metal ions and bleaching chemical consumptive ingredients from the pulp suspension and to salvage organic matter that can be turned into energy by burning. Washing stage performance can be evaluated by the dilution factor, which determines the water amount used for pulp ton, and washing loss, which determines the amount of washable components in pulp discharged with pulp to bleaching that could not be washed away.
This study focused on utilization of brown stock washing stage upper level control, which was based on the real time online measurement of total dry solids of the pulp suspension and washer filtrates in several points of the process. Online measurements were used to determine the chemical state of the process and adjustments to dilution factor made accordingly.
Trial runs including feed consistency, washer drum torque, washing water temperature and dilution factor were made to examine the effect of different variables to washing result. A longer test period was also made to determine the upper level effect on the chlorine dioxide consumption. According to results, improvements to upper level control were made to enhance the functionality and efficiency of the washing stage.
Utilization of the upper level control was successful as it became the primary way of operating the washing stage. Upper level control was found to optimize wash water usage, level out process fluctuations and thereby decrease the washing loss and chlorine dioxide consumption significantly. Possibility to define precise dilution factor for the whole washing stage decreases evaporation plant load and enables more stable washing result.