Five years left – How are the EU member states contributing to the 20% target for EU's renewable energy consumption; the role of woody biomass 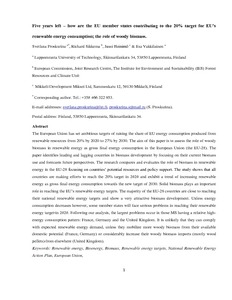