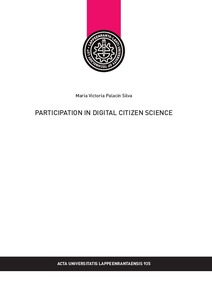 Digital platforms are playing an important role in shaping current scientific, social, and policy developments. Participatory science, in particular, has risen in popularity through the incorporation of digital citizen science platforms to facilitate the observation of social and environmental phenomena. However, sustaining participatory actions in the long term remains a major challenge in citizen science projects. Prior research has focused on two main areas to overcome this: 1) investigations into people’s motivations to engage in citizen science initiatives and 2) the design of incentive mechanisms to support people’s engaged action. Yet, the former relies on self-reported data, thus missing the link between self-reported motives and concrete actions. The latter works on the assumption that reward-centric mechanisms may enhance participation, though the effectiveness of such mechanisms has been proven to undermine sustained participation in other types of volunteering initiatives.

This doctoral thesis addresses this research gap by advancing our understanding of what motivates people to participate in a sustained manner in digital citizen science initiatives. This exploratory work was done through a critical analysis of literature and practice reports, and the design of case studies and localized action research interventions. This research finds that in order to sustain participation in digital citizen science, human values must be considered when designing and evaluating the processes, tools, and incentive mechanisms.