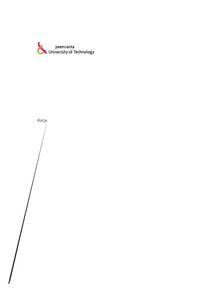 One of the targets of the climate and energy package of the European Union is to increase the energy efficiency in order to achieve a 20 percent reduction in primary energy use compared with the projected level by 2020. The energy efficiency can be improved for example by increasing the rotational speed of large electrical drives, because this enables the elimination of gearboxes leading to a compact design with lower losses. The rotational speeds of traditional bearings, such as roller bearings, are limited by mechanical friction. Active magnetic bearings (AMBs), on the other hand, allow very high rotational speeds. Consequently, their use in large medium- and high-speed machines has rapidly increased.

An active magnetic bearing rotor system is an inherently unstable, nonlinear multiple-input, multiple-output system. Model-based controller design of AMBs requires an accurate system model. Finite element modeling (FEM) together with the experimental modal analysis provides a very accurate model for the rotor, and a linearized model of the magneticactuators has proven to work well in normal conditions. However, the overall system may suffer from unmodeled dynamics, such as dynamics of foundation or shrink fits. This dynamics can be modeled by system identification. System identification can also be used for on-line diagnostics.

Theoretical methods are tested with a laboratory test rig. The results conclude that an appropriately designed random phase multisine excitation is suitable for the identification of AMB rotor systems.